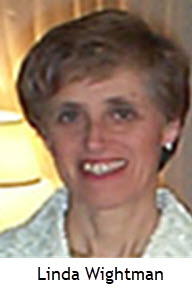 The Law School Admission Council (LSAC) National Longitudinal Bar Passage Study was undertaken primarily in response to rumors and anecdotal reports suggesting that bar passage rates were so low among examinees of color that potential applicants were questioning the wisdom of investing the time and resources necessary to obtain a legal education. There were no reliable sources of national empirical data to support or refute those claims. When the LSAC committed to conducting this study, it was done with the conviction that the information was vital to legal education regardless of the outcome. If the dismal failure rates being reported in whispers were accurate, legal education would need to rethink both its admission and educational policy and practice. If they were false, they needed to be replaced with accurate information. This study presents national longitudinal bar passage data gathered from the class that started law school in fall 1991. Data provided by students, their law schools, and state boards of bar examiners over a five-year period are included in the summaries and analyses presented herein. The goals of the data analysis were two: to report for the first time national bar examination outcome data by ethnicity and gender and to explore factors that could explain differences in outcomes. Summary statistics, graphical illustrations, and mathematical models were used to analyze and present the data. The major findings of the study are as follows:

Among those examinees of color who eventually passed, between 94 and 97 percent passed after one or two attempts and 99 percent passed by the third attempt. The eventual pass rates increased substantially over first-time rates for all examinees. There were no differences in bar passage rates between men and women. Both law school grade-point average (LGPA) and Law School Admission Test (LSAT) score were the strongest predictors of bar examination passage for all groups studied. Other measurement variables, such as undergraduate grade-point average (UGPA) and selectivity of the undergraduate school, failed to make a practical additional contribution to a bar-passage prediction model that already included LGPA and LSAT scores.

When the effects of both LGPA and LSAT score were removed, the probability of passing varied significantly by groups of law schools and by geographic region in which the bar examination was taken. When a series of background variables typically identified as potential contributors to low academic achievement were examined, they showed no relationship to bar passage or failure. These variables included academic expectations for self, language spoken in the home, need to work for pay during undergraduate school, and financial responsibility for others during law school. Some differences were found with respect to age for all ethnic groups and with respect to socioeconomic status for some but not all groups. A demographic profile that could distinguish first-time passing examinees from eventual-passing or never-passing examinees did not emerge from these data. Although students of color entered law school with academic credentials, as measured by UGPA and LSAT scores, that were significantly lower than those of white students, their eventual bar passage rates justified admission practices that look beyond those measures