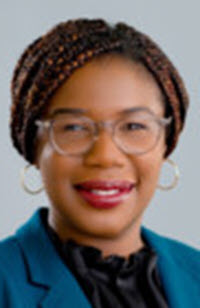 There are grave concerns regarding the overreliance and emphasis placed on the LSAT as a predictor of law school success given the growing and staggering evidence of test bias. The staggering LSAT score gap between White and minority test-takers has remained true for decades and consistently appears in a variety of data from different sources. Although law schools and testing agencies are aware of the discriminatory impact of LSAT scores on minority applicants, many schools continue to utilize a standard that is racially and ethnically biased.

This article will not explore the following reasons why the LSAT has a discriminatory impact on minority students: prior educational disparities, socioeconomic status, biased questions, family structure, and stereotype threat. There is decades of research to explain the LSAT performance gap. The purpose of this article is to push the conversation forward and discuss ways law schools should use the evidence as support for creating a more equitable law school admissions process.

Part II defines test bias and explains how it manifests in standardized and aptitude tests.

Part III discusses the racial history of standardized tests and provides a composition breakdown of the LSAT and its use.

Part V discusses the inadequacies of using LSAT scores - a standardized test - to predict how successful an applicant will be in law school and as a lawyer since each requires different skill sets.

Part VI discusses paradoxical regulations within the American Bar Association (ABA) that are intended to increase diversity while overlooking the discriminatory impact of the LSAT.

Part VII offers numerous factors that could be added to the admissions process to counteract racial bias of LSAT scores. These suggestions could bring more fairness into law school applicant evaluations, especially for minority applicants. Part VII.A discusses how undergraduate grade point averages (UGPAs) can be emphasized more since it directly reflects subject mastery. Part VII.B proposes the idea of creating a new law school written assessment that is culture free; thus, removing racial and cultural bias of scores. Part VII.C discusses fluctuating the weight of LSAT scores in the admissions process by allowing applicants to decide how much weight is given to their LSAT score. Part VII.D discusses incorporating more video interviews into the admissions process as an effort to better evaluate an applicant's character and intangible skills that a standardized test cannot measure. Part VII.E considers expanding access to legal education to marginal applicants by offering performance or probationary based programs as an effort to assess how an applicant does in the classroom compared to their LSAT scores. VII.F explores early-entry programs which allow undergraduates to apply for law school and simultaneously complete law school prep courses while earning a bachelor's degree. Lastly, Part VII.G discusses direct measure applications, which would allow admissions committees to better evaluate character and intangible skills that are molded through life experiences.

The article concludes by calling for the law school community, including the Law School Admissions Council (LSAC) and ABA, to formally acknowledge the racially charged imperfections of the admissions process surrounding overreliance on LSAT performance. Therefore, it is these institutions' responsibility to develop new and equitable means to evaluate a candidate's ability to do well in law school, pass the bar exam, and have a successful legal career. Without admission modifications, underrepresented populations will continue to remain at a disadvantage when applying to law school. Additionally, modifications would assist the ABA in fulfilling its commitment to diversifying the legal profession. Law schools cannot afford to continue using a flawed system while also expecting a different or more diversified result.

In order to promote racial equity in the law school admissions process, the LSAT score must be deemphasized as criteria for entry. Racial bias of LSAT scores exists and will exist until a new test is created that is bias free. Until then, there are active ways in which the law school community can help counteract the discriminatory impact LSAT scores have on minority applicants. These admission additions are an attempt to measure all the skills the LSAT leaves unmeasured and provide a more holistic view of an applicant. Having an admissions process that can examine tangible and intangible skills would create a more equitable evaluation and serve as a more accurate predictor for law school success and professional success.